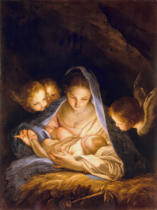 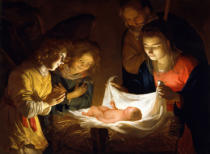 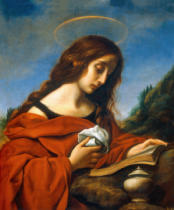 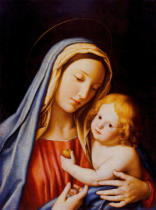 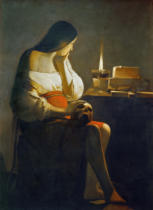 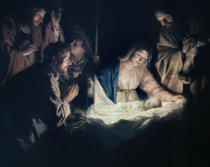 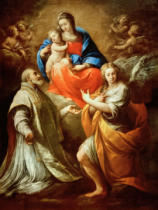 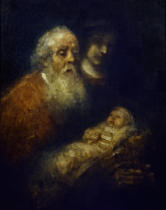 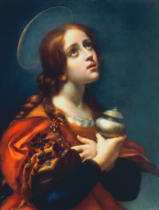 The Madonna appears to the Saints Benedict and Bernhard
Giovanni Odazzi 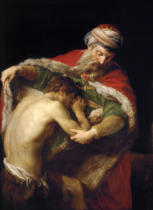 The return of the prodigal son
Pompeo Girolamo Batoni 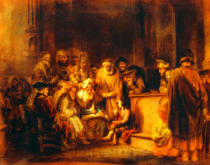 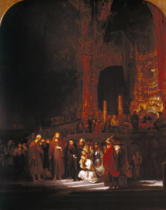 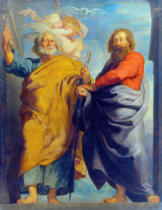 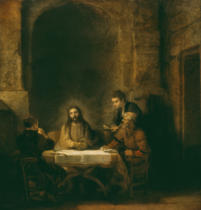 Christ and the Disciples in Emmaus
Harmensz van Rijn Rembrandt 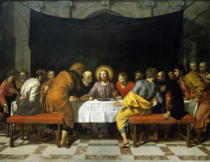 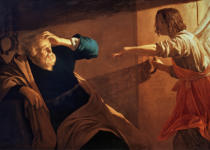 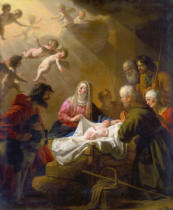 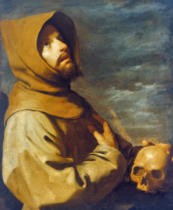 The ecstasy of St. Theresa of Avila
Sebastiano Ricci 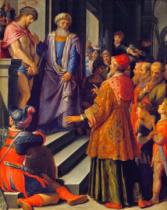 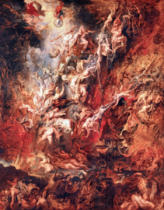 The Descent into Hell of the Damned
Peter Paul Rubens 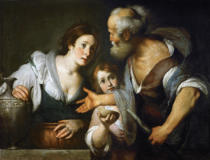 The Prophet Elijah and the widow of Sarepta
Bernardo Strozzi 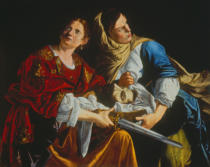 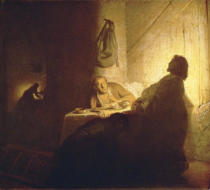 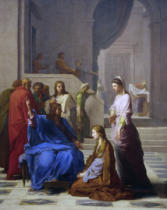 The twelveyear old Jesus in the Temple
Giovanni Antonio Fumiani 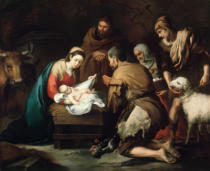 The art style that dominated in Europe in the seventeenth century. Although some features appear in Dutch art, the Baroque style was limited mainly to Catholic countries. It is a style in which painters, sculptors, and architects sought emotion, movement, and variety in their works.
Religious motifs belong to the oldest and most widely spread motifs of fine arts. Unlike Judaism and Islam that largely obey the mosaic ban on icons christianity – after some initial reluctance – stimulated the representation of religious themes, using as source the characters and stories of the bible as well as apocryphycal gospels and innumerable hagiographies.

Our canvas prints are handmade in our own workshop. Either the canvas print or the art print laminated on a canvas is stretched onto a quality keyless frame. Perfectly wedged and provided with a suspension, the canvas image can be hung directly. Optionally, we also offer each canvas picture framed, i.e. with floater frame. »Adoration of the Child« of Gerrit van Honthorst as a canvas image also beautifies your home.

We frame almost every picture. You can choose from many different frames. Passepartouts are just as much a part of your choice as are various options for surface protection. So »Mary Magdalene« of Carlo Dolci becomes a highlight for your living room or bedroom.

Spacefull art from Il Sassoferrato. This gives »Maria mit Kind« a whole new look. The wallpapers are printed according to your information in the latex printing process on solid fleece material.