Pictures
of Impressionism with Portrait 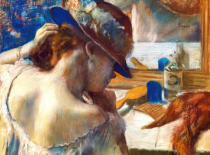 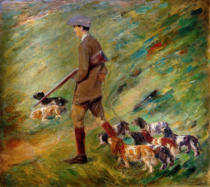 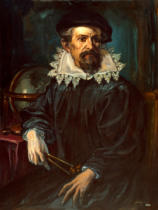 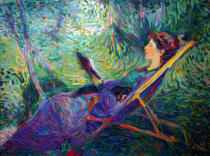 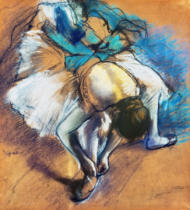 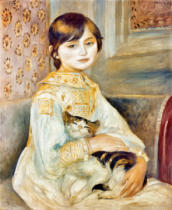 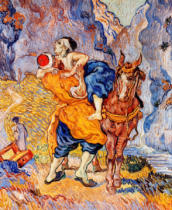 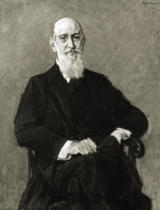 Woman with a Parasol turned to the Right, 1886
Claude Monet 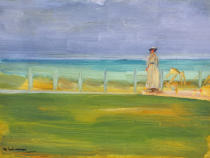 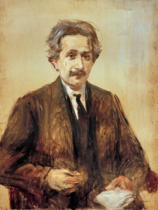 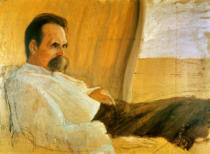 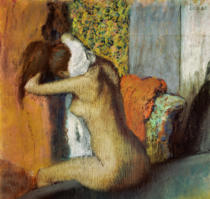 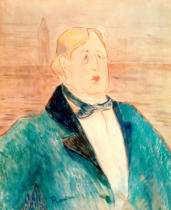 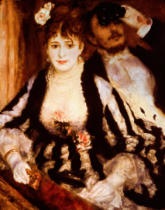 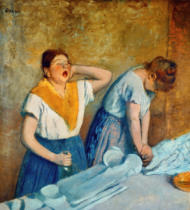 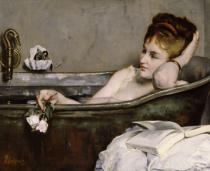 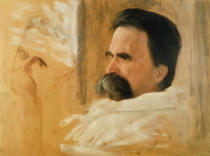 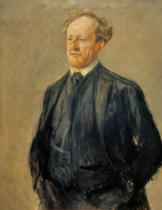 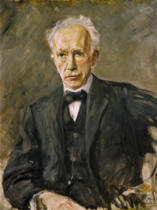 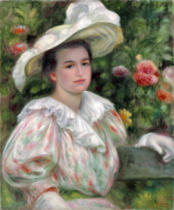 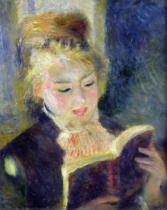 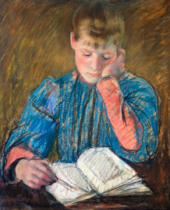 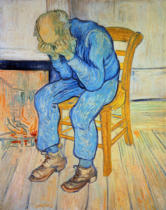 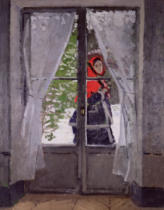 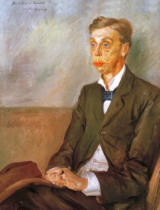 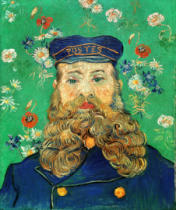 French art movement of the late 19th century that, inspired by scientific knowledges about the physical compositions of colours, tried to render them in an exact as possible way. To this purpose the impressionists went into nature (plein-air-painting), to catch their subjects as they were. The surrounding light conditions let contours blur and the visual impression prevails (Atomization of the objective world).
The portrait emphasizes the individual features (of a certain person) or the typical features (the depicted person as representative of his class or estate). At the beginning of the portrait painting there was the whole figure, then the restriction to the upper half of the person followed (half-figure) and finally to the face (bust portrait). Profile and front view are the common forms of presentation. Until the 14th century the individual effigy was of less importance – portraits were symbols of an office or an estate represented by the depicted person. The emphasis on the true physiognomic composition of a face, thus the “discovery of the individual” in fine arts is due to Renaissance.

Our canvas prints are handmade in our own workshop. Either the canvas print or the art print laminated on a canvas is stretched onto a quality keyless frame. Perfectly wedged and provided with a suspension, the canvas image can be hung directly. Optionally, we also offer each canvas picture framed, i.e. with floater frame. »Vor dem Spiegel« of Edgar Degas as a canvas image also beautifies your home.

We frame almost every picture. You can choose from many different frames. Passepartouts are just as much a part of your choice as are various options for surface protection. So »Jäger in den Dünen-Trainer mit Hunden« of Max Liebermann becomes a highlight for your living room or bedroom.

Spacefull art from AKG Anonymous. This gives »Portrait Kepler, Johannes« a whole new look. The wallpapers are printed according to your information in the latex printing process on solid fleece material.