Pictures
of Realism with Architecture 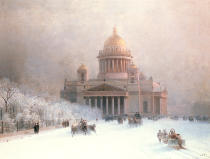 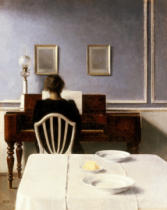 Interior with a Girl at the Clavier
Vilhelm Hammershöi 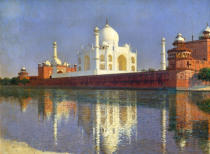 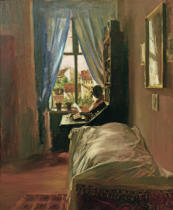 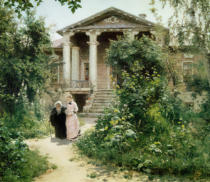 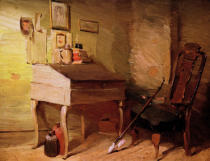 My Study in Wiedensahl
Wilhelm Busch 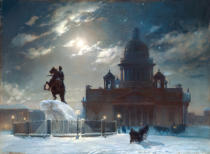 View of the memorial to Peter the Great on Senate Square in St. Petersburg
Wassili Iwanowitsch Surikow 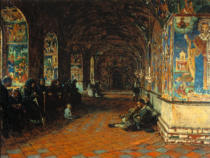 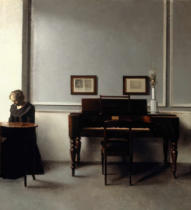 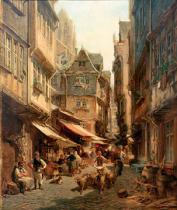 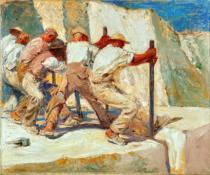 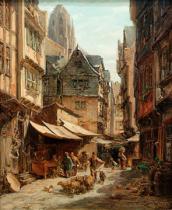 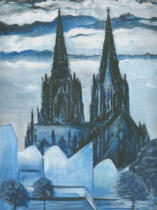 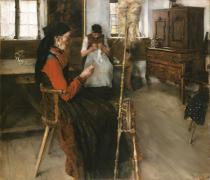 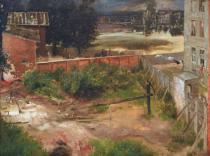 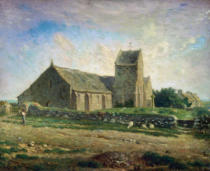 The church of Greville
Jean-François Millet 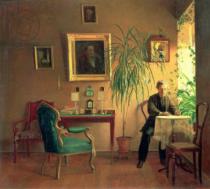 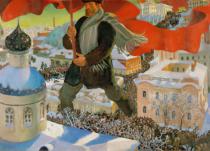 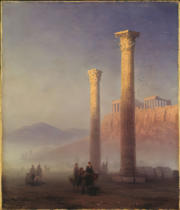 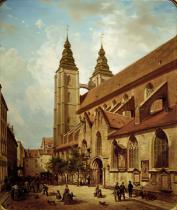 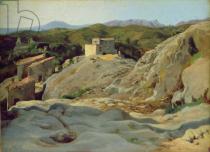 A Village in the Mountains
Louis Gurlitt 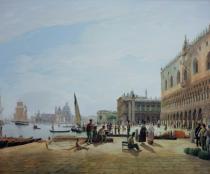 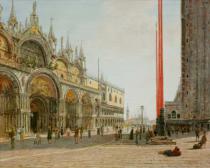 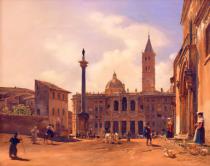 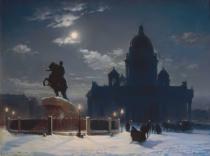 View of the statue of Peter the Great on the Senate Square in St. Petersburg
Wassili Iwanowitsch Surikow 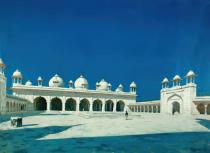 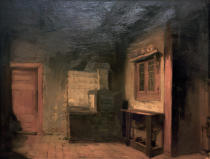 More a style of representation than a period the realism tries to reproduce reality true to life. There are many different forms of realism such like socialist realism, social realism, and magic realism.
This implies the representation of constructional objects (houses, squares, bridges etc.) for their own sake, thus serving not only as staffage, background, or as attribute. There were architecture pictures already in ancient Pompeji. In Middle Ages depicted constructions just indicate a certain scene. The actual architecture picture arises in the 16th century in Netherlands(f. e. “Brueghel's Tower of Babel”). Dutch artists prevailed here up until the 17th century, and were followed by Italian artists in the 18th century. In modern times the representation of architecture has become a domain of photographers.

Our canvas prints are handmade in our own workshop. Either the canvas print or the art print laminated on a canvas is stretched onto a quality keyless frame. Perfectly wedged and provided with a suspension, the canvas image can be hung directly. Optionally, we also offer each canvas picture framed, i.e. with floater frame. »Interior with a Girl at the Clavier« of Vilhelm Hammershöi as a canvas image also beautifies your home.

We frame almost every picture. You can choose from many different frames. Passepartouts are just as much a part of your choice as are various options for surface protection. So »The mausoleum Taj-Mahal in Agra« of Wassili Wassiljewitsch Wereschtschagin becomes a highlight for your living room or bedroom.

Spacefull art from Adolph Friedrich Erdmann von Menzel. This gives »Schlafzimmer des Künstlers« a whole new look. The wallpapers are printed according to your information in the latex printing process on solid fleece material.