Pictures
of Renaissance with Group Portrait 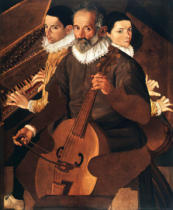 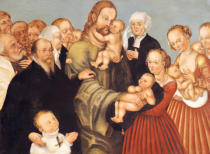 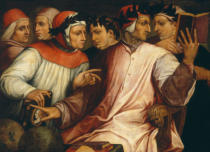 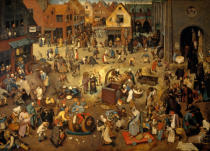 Portrait of a young man
Raphael 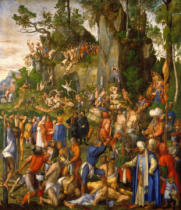 The Martyrdom of 10,000 Christians
Albrecht Dürer 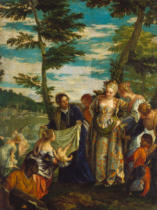 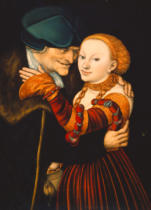 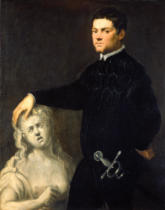 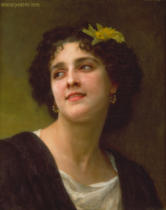 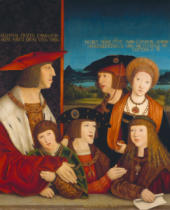 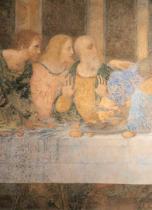 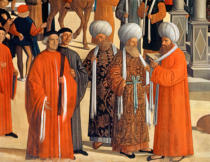 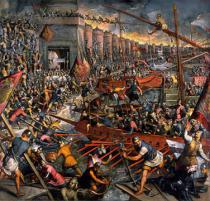 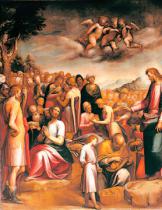 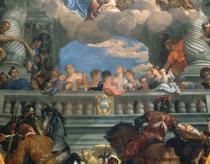 Triumph of the city of Venice / detail
Paolo Veronese 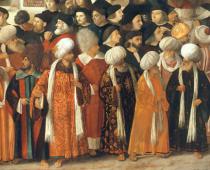 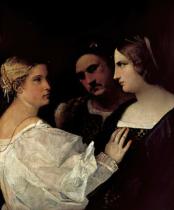 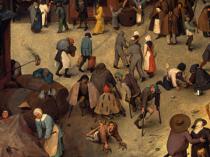 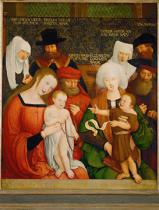 The period in the fourteenth and fifteenth centuries, that was characterized by a renewed interest in ancient Greek and Roman art, philosophy, and science. Renaissance began in italy and spread over other european countries. It prefered motives from greek and roman mythology. Taking great interest in natural sciences and the individual human being, renaissance painters began to protray human beings and their environment in a more realistic manner. The portait became one of the typical forms of renaissance art.
This kind of painting was borne in the Netherlands of the 16th and 17th century. It portrays a group of persons not only aiming at the recognizable representation of these persons but also trying to present the relationship between them. A very popular motif became the family portrait representing the family mostly idyllic or representative.

Our canvas prints are handmade in our own workshop. Either the canvas print or the art print laminated on a canvas is stretched onto a quality keyless frame. Perfectly wedged and provided with a suspension, the canvas image can be hung directly. Optionally, we also offer each canvas picture framed, i.e. with floater frame. »Ludovico III Gonzaga with family and court« of Andrea Mantegna as a canvas image also beautifies your home.

We frame almost every picture. You can choose from many different frames. Passepartouts are just as much a part of your choice as are various options for surface protection. So »The conspiracy of Claudius Civilis 1661« of Harmensz van Rijn Rembrandt becomes a highlight for your living room or bedroom.

Spacefull art from 16. Jahrhundert. This gives »Three Musicians« a whole new look. The wallpapers are printed according to your information in the latex printing process on solid fleece material.