Pictures
of Renaissance with Still Life 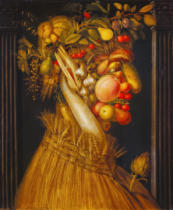 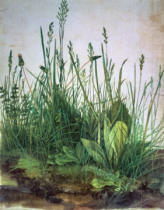 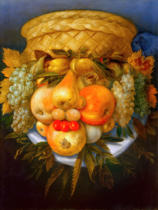 Portrait of the Man made of Fruit
Giuseppe Arcimboldo 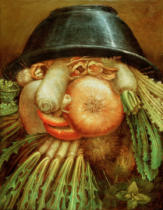 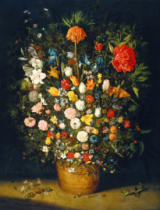 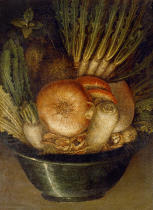 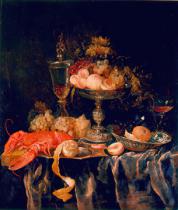 Vanitas stilllife, in the background Christ with Mary and Martha
Pieter Aertsen 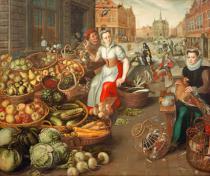 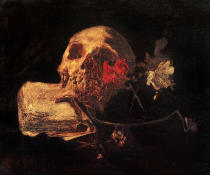 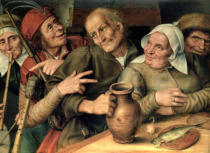 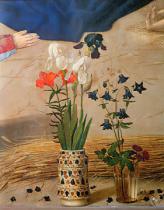 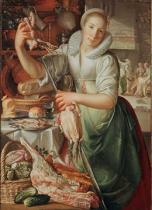 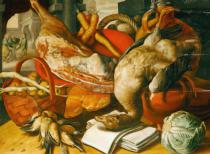 Kitchen still life with the meal at Emmaus
Joachim Beuckelaer 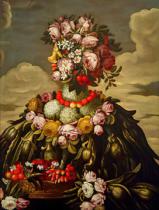 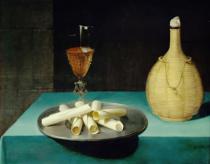 A dessert of waffles
Lubin Baugin 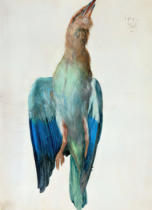 Vanitas still life, in the background Christ with Mary and Martha
Pieter Aertsen 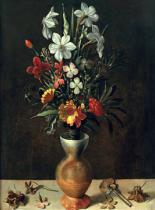 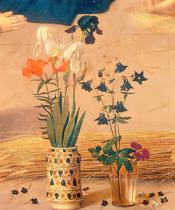 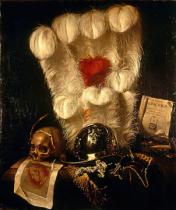 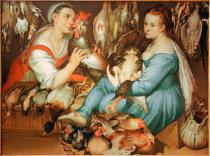 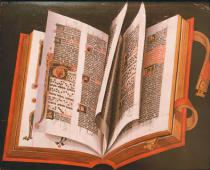 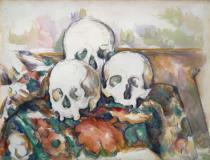 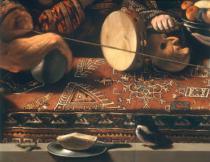 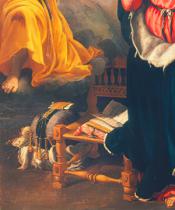 The period in the fourteenth and fifteenth centuries, that was characterized by a renewed interest in ancient Greek and Roman art, philosophy, and science. Renaissance began in italy and spread over other european countries. It prefered motives from greek and roman mythology. Taking great interest in natural sciences and the individual human being, renaissance painters began to protray human beings and their environment in a more realistic manner. The portait became one of the typical forms of renaissance art.
Still life contains the depiction of dead or motionless objects arranged in a certain way. The range of representations extends from everyday objects to precious items. Thus there are distinguished inter alia flower, book, fish, breakfast and hunting still lifes. The attraction of the still life arises from the exciting relation between materiality und symbolism of the depicted objects; the still life is a preferred form of presentation for the Vanitas theme.

Our canvas prints are handmade in our own workshop. Either the canvas print or the art print laminated on a canvas is stretched onto a quality keyless frame. Perfectly wedged and provided with a suspension, the canvas image can be hung directly. Optionally, we also offer each canvas picture framed, i.e. with floater frame. »Large clump of turf« of Albrecht Dürer as a canvas image also beautifies your home.

We frame almost every picture. You can choose from many different frames. Passepartouts are just as much a part of your choice as are various options for surface protection. So »Kitchen piece with the parable of the great banquet« of Joachim Antonisz Wtewael becomes a highlight for your living room or bedroom.

The glass pictures we offer are printed using the UV printing process. Polished edges, scratch-resistant surface, safety glass and floating suspension create a modern ambience in your home. So the glass image »The Vegetable Gardener« of Giuseppe Arcimboldo is guaranteed to impress you and every visitor.

Spacefull art from Giuseppe Arcimboldo. This gives »Portrait of the Man made of Fruit« a whole new look. The wallpapers are printed according to your information in the latex printing process on solid fleece material.