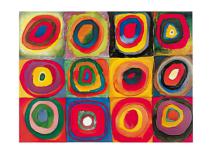 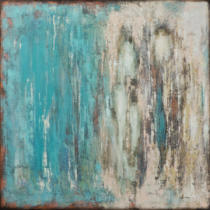 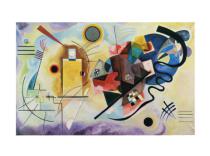 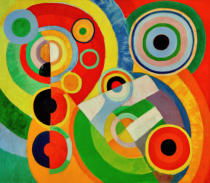 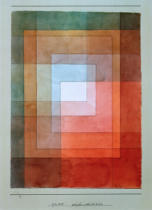 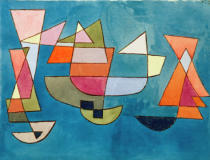 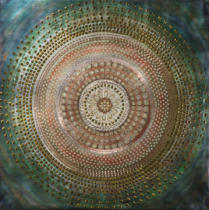 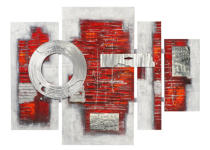 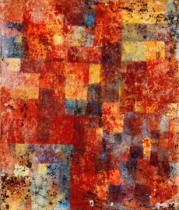 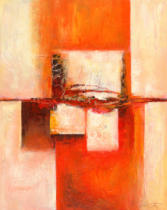 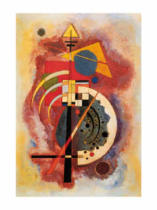 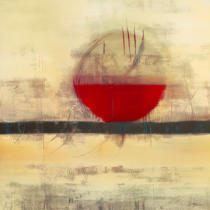 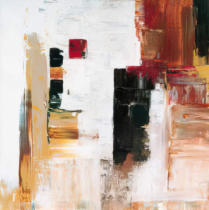 Abstraction refers to art unconcerned with the literal depiction of things from the visible world, not excluding the referring to an object or image which has been distilled from the real world. Artwork that reshapes the natural world for expressive purposes is called abstract; that which derives from, but does not imitate a recognizable subject is called nonobjective abstraction. In the 20th century the trend toward abstraction coincided with advances in science, technology, and changes in urban life, eventually reflecting an interest in psychoanalytic theory. Later still, abstraction was manifest in more purely formal terms, such as color, freedom from objective context, and a reduction of form to basic geometric designs.

We deliver exclusively art prints from well-known art publishers in brilliant quality, such as the art print »Green Town« from Friedensreich Hundertwasser. Classic art prints are normally produced by offset or screen printing. In this case, often also spot colours and embossments are used.

Our canvas prints are handmade in our own workshop. Either the canvas print or the art print laminated on a canvas is stretched onto a quality keyless frame. Perfectly wedged and provided with a suspension, the canvas image can be hung directly. Optionally, we also offer each canvas picture framed, i.e. with floater frame. »Colour Study: Squares with Concentric Circles« of Wassily Kandinsky as a canvas image also beautifies your home.

We frame almost every picture. You can choose from many different frames. Passepartouts are just as much a part of your choice as are various options for surface protection. So »Pavillions and Bungalows for Natives« of Friedensreich Hundertwasser becomes a highlight for your living room or bedroom.

Spacefull art from Robert Delaunay. This gives »Zest for Life« a whole new look. The wallpapers are printed according to your information in the latex printing process on solid fleece material.