Pictures
of Renaissance with Animals

Commemoration of Guidoriccio da Fogliano at the Siege of Montemassi, from the Sala del Mappamondo, 1328
Simone Martini 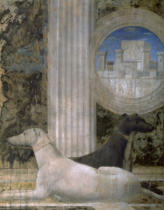 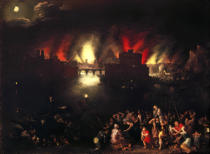 The Rape of Ganymede
Correggio 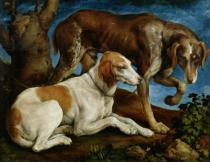 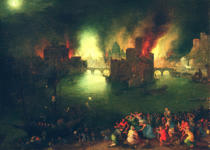 Head of a Dog
Francesco Parmigianino 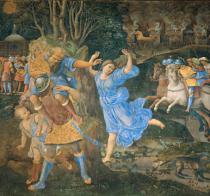 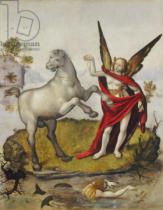 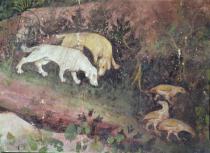 The Month of June, detail of dogs and partridges, c.1400
Bohemian School

Study of figures for a narrative scene
Michelangelo Buonarroti 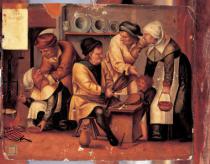 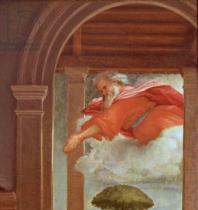 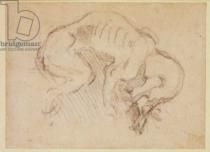 Study of a dog
Michelangelo Buonarroti 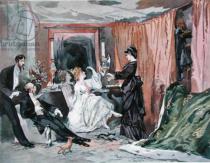 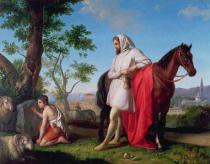 Sloth, detail from the Table of the Seven Deadly Sins and the Four Last Things, c.1480
Hieronymus Bosch 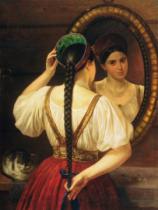 A girl at the mirror, 1848
Philipp Osipovich Budkin 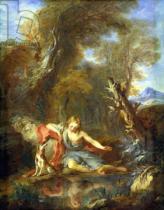 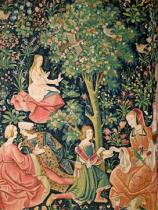 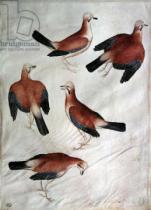 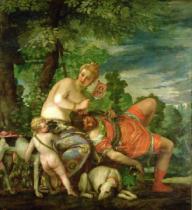 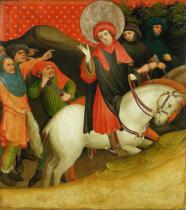 The Mocking of St. Thomas, panel from the St. Thomas Altar from St. John's Church, Hamburg, begun in 1424
Master Francke of Hamburg 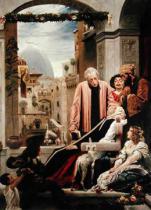 Triptych of the Crucifixion, detail of an equestrian group with Longinus, c.1465-68
Justus van Gent

The period in the fourteenth and fifteenth centuries, that was characterized by a renewed interest in ancient Greek and Roman art, philosophy, and science. Renaissance began in italy and spread over other european countries. It prefered motives from greek and roman mythology. Taking great interest in natural sciences and the individual human being, renaissance painters began to protray human beings and their environment in a more realistic manner. The portait became one of the typical forms of renaissance art.
Animal representations are among the oldest motifs of human painting (as we find them in prehistoric cave painting) as well as of fine art.They inform us about the relation between man and animal in their time. However, pure animal images, where animals are not only symbolical attributes of the persons depicted, are a rather young development. In ancient times and in the Middle ages animals referred mostly to certain qualities of the depicted persons or they symbolized gods. In the Renaissance perception and representation of animals changed. A first high point of the representation of animals was the Dutch animal genre painting of the 17th century. In modern times it was the expressionist Franz Marc who created a great number of animal pictures.

Our canvas prints are handmade in our own workshop. Either the canvas print or the art print laminated on a canvas is stretched onto a quality keyless frame. Perfectly wedged and provided with a suspension, the canvas image can be hung directly. Optionally, we also offer each canvas picture framed, i.e. with floater frame. »Sigismondo P. Malatesta kneeling before St. Sigismund« of Fresko as a canvas image also beautifies your home.

We frame almost every picture. You can choose from many different frames. Passepartouts are just as much a part of your choice as are various options for surface protection. So »The burning Troy« of Jan Brueghel der Ältere becomes a highlight for your living room or bedroom.

Spacefull art from Correggio. This gives »The Rape of Ganymede« a whole new look. The wallpapers are printed according to your information in the latex printing process on solid fleece material.